You are here: Home / New to CU ? / Moving to the Champaign-Urbana Area? Start Here.

Tips for Moving to Champaign-Urbana and East Central Illinois

Moving with your family is a challenging experience made easier with the right help.

Are you getting ready to move your family to a new home or apartment in greater Champaign-Urbana? Whether you’re just moving in Champaign-Urbana from one town over or coming in from out of state, setting you up in a new neighborhood is a lot of WORK. 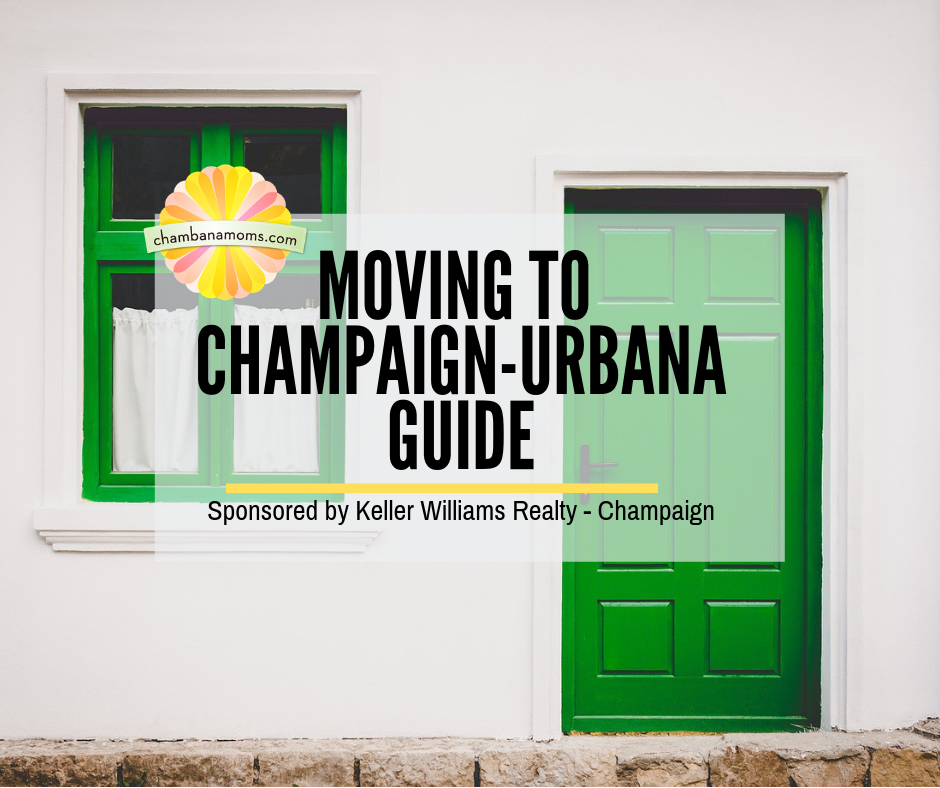 As parents who have all moved at some point in time in Champaign-Urbana (or Mahomet or Tolono or St. Joseph or Homer or Monticello or Rantoul or Sidney or Philo), our team has gathered helpful information and resources for you on this page. We are here to help make your move to Champaign-Urbana (or whichever town you choose) as seamless and smooth as possible, so take a look and share this page with friends who are on the move as well.

Realtors You Need to Meet

Preparing to move your family usually starts with finding a great Realtor and beginning the process of listing your home and looking for a new house. We have partnered with The Waldhoff-Gard Team at Keller Williams Realty – Champaign, who would love to work with YOU!

Mark Waldhoff (center) and his expert real estate team have been serving Champaign-Urbana and surrounding communities for 14 successful years. Each team member is focused on amazing service to their clients, continual education and building great relationships.  Their goal is to be the friend you call whenever you need something.  Whether it’s two days or two years after your home purchase, they will be there to help!
Mark serves on the Agent Leadership Council (ALC) for Keller Williams Realty, the #1 real estate brokerage in Champaign County. This council is comprised of the top sales associates and leaders within the company.
Mark attended the University of Illinois, lived in Chicago and found his home back in Champaign over 14 years ago.
When you choose the Waldhoff Gard Team at Keller Williams, you can expect a trustworthy and caring agent who puts the needs of their client first!  Their team of brokers as well as support staff will be with you every step of the way. They are passionate and enthusiastic about their love for the Chambana community and all it has to offer from dining, shopping, school districts, nightlife, family friendly activities to finding the perfect home for YOU. Get started now at ChampaignExperts.com
We worked with Mark and his team both when we bought our home in Urbana, IL and four years later when we sold that home and moved out of town. Both were fantastic experiences. Mark provided excellent advice for everything from preparing the home to putting it on the market to choosing a fair price.  He was available whenever we needed him. He guided us through every step of the process, made helpful suggestions as needed, and his experience and expertise made what could have been a stressful experience into a breeze. I would definitely recommend him! 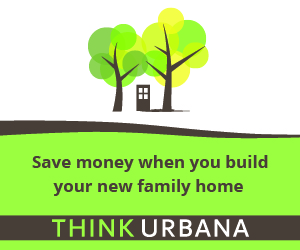 If you’re moving from outside of East Central Illinois, you might think: but there’s no mountains or water. And there’s lots of corn.

Well, we’re here to tell you that the strength of our community is its concentration of intellectually curious people; its incredible diversity; and its warm, Midwestern charm. It’s also a place with gorgeous sunsets over the prairie. Add to that a reasonable cost of living, little traffic and lots of outdoor fun, and you have a recipe for a wonderful, family-friendly place to live and raise kids.

There’s something about this place that makes it awfully sticky. There’s tons of amazing green space and parks. We have major college sports without the traffic that goes along with them. We have a world-renowned performing arts center (Krannert Center for the Performing Arts) and we were named the Midwest’s Best Food Town in 2017. We also stay authentic to our ag roots, with plenty of agritourism fun. We are known as one of the most bike-friendly communities in the Midwest. And we average a 14-minute commute to work. We out-punch our weight on so many lists.

Urbana-Champaign? Champaign-Urbana? Or BOTH?

Every city has it’s own vernacular, and terms that no one from outside that community would understand. If you’re moving from outside of East Central Illinois, here’s an overview of the local lingo we thought you should know while you’re in the process of relocating. Because we get that this can be confusing.

Urbana: Urbana was the first city to be established in what was known as “Big Grove.” The name comes from a city in Ohio. It is the county seat of Champaign County, and has a federal courthouse in addition to all of the county government operations.

Champaign: Champaign is the larger of the two communities, with more than twice the population of Urbana. Champaign was originally called West Urbana, and grew faster because of the railway tracks located there. This growth continues to this day: At this writing, Champaign is one of the few cities in Illinois that is actually growing.

Champaign-Urbana: That’s what most locals call the community when they are referring to this geographical area, mainly because, as we understand it, Champaign is larger. Put together, Champaign-Urbana would rank as the sixth largest city in the Illinois.

Urbana-Champaign: That’s what the University is called. The reason? Most of the official university campus land is physically located in Urbana.

Chambana: We’re not sure who originally coined the name Chambana, but it’s caught on as a mashup name of the two towns. It’s pronounced SHAM-ban-ah. Other nicknames include Shampoo Banana (we’re serious). We created the #chambana hashtag.

UIUC: The unofficial acronym for the university. The university doesn’t refer to itself by this acronym any longer, but it’s still in the vernacular.

Orange and Blue: The university colors. You have never seen so much orange in your life. The orange is pretty bright, while the blue is more of a navy hue.

Fighting Illini: The athletic nickname for the University of Illinois, usually shortened to Illini. If you hear someone say “I-L-L” the proper response is “I-N-I”. (No, they aren’t sick!)

Savoy: A town contiguous to Champaign, located south. Savoy has its own village government, but is part of the Champaign Unit 4 School District.

Willard Airport: Willard is the Airport that serves Champaign-Urbana. It currently has multiple American Airlines flights a day to Chicago, and also has a direct flight to Dallas. A direct flight to Charlotte starts in December.

Assembly Hall: Now known as the State Farm Center, the Assembly Hall serves as the home of University of Illinois basketball. It also hosts concerts, traveling Broadway productions, and other entertainment. But locals will never stop calling it the Assembly Hall. You can decide if it looks like a spaceship, mushroom or something else.

(We could go on and on, but we’ll stop there for now.)

Moving to Champaign-Urbana – What Neighborhoods

First things first. Where to live? Well, let’s consider what you want in a home.

Do you enjoy a more urban environment that features walkability, with access to a business district? There are neighborhoods like that in both Champaign and Urbana. For example, Urbana has the Historic East Urbana Neighborhood Association; Champaign has the In-Town Neighborhood.

Do you want to live right next to the University of Illinois at Urbana-Champaign campus? The West Urbana Neighborhood, which includes the “state streets,”  is popular because it literally runs right into campus, with stately older homes from a bygone era.

Do you enjoy a more “suburban” environment, yet still have a reasonable commute to school and work? Champaign Urbana both have multiple subdivisions that would qualify, with housing stock of various sizes, ages, and price points. Some more popular suburban-ish areas include the west side of Champaign; the far north side of Champaign; and the southeast suburban areas of Urbana.

Do you want a quieter bedroom community? Savoy is located just south of Champaign, and feeds into the Champaign school district. It has fewer of its own amenities (but does ample grocery stores).

Are you drawn to small-town life that’s still only a short drive away from the amenities of Champaign-Urbana? You might enjoy places like Mahomet, St. Joseph, Sidney, Philo,  or Tolono. Located a little further away: Monticello, Rantoul, Tuscola, Paxton, Homer, to name a few. Each town has its own personality and amenities.

Must Read Resources for Parents

So you’re buying a house or signing a lease. What’s next? Well, be sure to bookmark our site. This is where you will find all the fantastic resources you will need for your family to enjoy our community once the moving trucks have said goodbye.