You are here: Home / Things To Do in CU / How to Save Money on Halloween Costumes 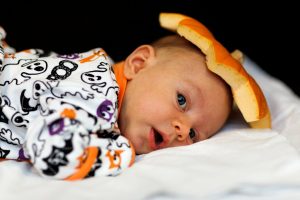 Halloween is rapidly approaching. I remember when I received a box of clothes from my sister over the summer that included some costumes and I thought, “I have a lot of time to think about what the kids will be,” but alas just like everything else time seems to move faster than I can keep up. We are approaching crunch time to get a costume together and you may be thinking at this point that you’re just going to have to splurge and spring for a full-priced costume because time is of the essence, but stop. Take a breath. You don’t have to spend a ton of money on a Halloween costume (unless you really want to). Here is a guide to saving money on Halloween costumes this year and in the years to come.

1. Champaign Park District’s Costume Swap: This is a new event for the park district with the goal in mind to help provide costumes for children who might otherwise not have one. The park district wants every child to have an opportunity to participate in the festivities of Halloween. Details of the event:

Who: Open to the public

Cost: Free (all costumes that have been donated are free on a first-come first-served basis regardless of whether you donated costumes during their costume drive).

Additional information: The park district is still in need of costumes for the exchange.  The “drive” officially ended on Oct. 7 but they are continuing to collect costumes at the Midland States Bank location in Champaign (1617 W. Springfield Ave.) in an effort to make sure that more kids have access to costumes.  If you have any old costumes lying around that you have no plans for, consider dropping them off to help out the cause.

2. Crowd source it: The above-mentioned box of clothes that I received from my sister included some costumes one of which was an adorable puppy costume. It immediately reminded me of Rubble from Paw Patrol, which my son loves! At the time I thought I am sure that I can find the proper accessories to turn this into a perfect Rubble costume. However, just yesterday when I committed to taking my kids to a costume party event on Oct. 22 I panicked a bit and thought “I better get on this!” I immediately enlisted the help of my Facebook friends and asked if anyone had a child’s size hard hat and vest that we could borrow. Within an hour I had responses and his outfit was 98% complete. My point is use your resources. Put your needs out on social media and see if any of your local friends can help.

3. Sports gear: Have a bunch of Illini gear? How about them Cubbies? Keep things simple and dress up like a fan of your favorite sports team. Go all out and spray paint your hair orange and blue, paint your face, and maybe even carry around a hot dog or box of popcorn for effect. If you already have the gear, why not use it!

4. Local Consignment Shops: I cannot say that I have been to them all to direct you specifically on where to go, but you could save a bit of time and call around to see if they have Halloween costumes to start, then carve out a couple of hours to do some piecing together of items from various places and voila! I can say that I have been to both Goodwill and All Things Kids during this time of the year and they have had a lot of options. Since the selection is from the previous season (or sometimes even older) this might be a good choice if you want a cute outfit, but your child is not picky about what you leave with.

5. Make your own costume: I fondly remember a year in elementary school when I decided that I wanted to be a two-headed monster. My parents worked many nights after dinner rigging a PVC pipe body with a monster mask on it that strapped around my waist and would be inserted into a double t-shirt (two t-shirts sewn together) with me on the other side. The costume was unique, I had a great time working on it, have fond memories, and it didn’t cost much at all. It was made mainly from things we had in the house already. Another year I was a gum ball machine. I wore red leggings, a white turtle neck, and we used a clear trash bag that we cut holes in for my legs and stuffed with balloons around my midsection. I think I wore a red beret as the top. That costume in total probably cost $5. For those of you Pinterest followers who have a creative side this might be right up your alley.

6. One Week Boutique: There is good news and bad news about this option. The good news is that I bet that many of you have already discovered this is a great option when you attended the fall event just a couple of weeks ago! The bad news is that for those of you that missed the sale this year will have to wait until next spring and save this option for next Halloween.

7. Set-up your own swap amongst your friends: Do you have any friends that have kids that are slightly older than yours? Like maybe their costumes from last year might fit your kids this year? My sister and I are fortunate to have our children stair stepped in between each other, so we just pass clothes back and forth. See if you can think of anyone who you can borrow a costume from and if you have something that they might be able to use offer that up. Make it fun and invite all of you friends to a pop-up Halloween boutique at your house. Send out an evite and ask everyone to bring any old costumes they have.

8. Spirit Halloween store: This store pops up in our area every fall making its home in an empty store front someplace in town (next to Rue 21 this year). They tend to have the latest fads in costumes and a fairly wide variety. If you go online you get a 20% off coupon for signing up with their email list serve. Yes, this is not much but if your child is set on a specific costume and you are willing to pay full price for it then at least 20% is something. You can go back and unsubscribe from the emails once you get your costume in order.

9. Use pretend play clothes: Remember the Rubble costume in the works from above?  The hard hat and vest that I am borrowing is a Melissa and Doug set. While at Art Mart today I noticed that the Melissa and Doug brand have a whole set of pretend play outfits (firefighter, doctor, pirate, ninja, etc.) that could be played with during the entire year and then used as a costume for Halloween. Yes, this would take an initial investment (even if you were able to find one at a garage sale or consignment shop), but if it would get a lot of use it would be worth it. My daughter is really into superheroes right now and for her birthday she received a four-pack of superhero capes and masks from Amazon for $22. She literally wears one daily at this point, and wants to be Wonder Woman for Halloween. With the addition of a couple of other pieces, her cape and mask that we already have will complete her costume!

10. Wait until the last minute: OK, so this not the best if your child is stuck on a particular costume, however if he is not then you can usually score some good discounts and deals. A couple of years ago during the two weeks leading up to Halloween, Target ran a buy-one, get-one-free sale. I picked up the Doc McStuffins costume that my daughter wanted and got her a Minnie Mouse costume to play in throughout the rest of the year. I bought them both a little big so she could continue using them as dress-up clothes throughout the year.

11. WARNING! AVOID dressing up like a scary clown: This will likely end up costing you a lot in legal fees, time and could even cost you your life with the current “scary clown” epidemic we are seeing across the nation. Be wise and choose something else this year, friends.