Who knew a voice could captivate so much attention.

This is a tale about books, and people in Champaign who love them.

And the Champaign Public Library patrons who actually return them, in this case by depositing materials in the automated book drop at the Healey Street drive-up.

For those not familiar with the book drop, the Champaign Public Library uses an automated system that puts the books on a conveyor belt and takes the books to a system where they are sorted by bar code.

Late last year, the library’s book return system underwent maintenance, and patrons were told that the return was temporarily closed for a conveyor system upgrade. This went down during a few weeks in mid-December.

“We upgraded the automatic conveyor system from pneumatic to completely electric,” said Amy Al-Shabibi, Champaign Public Library Technology Manager. “The old system was becoming harder to maintain as parts wore out and the company was phasing out their support for pneumatic. Most of the moving parts had been installed in 2007 and were showing wear, so those parts have been replaced.” 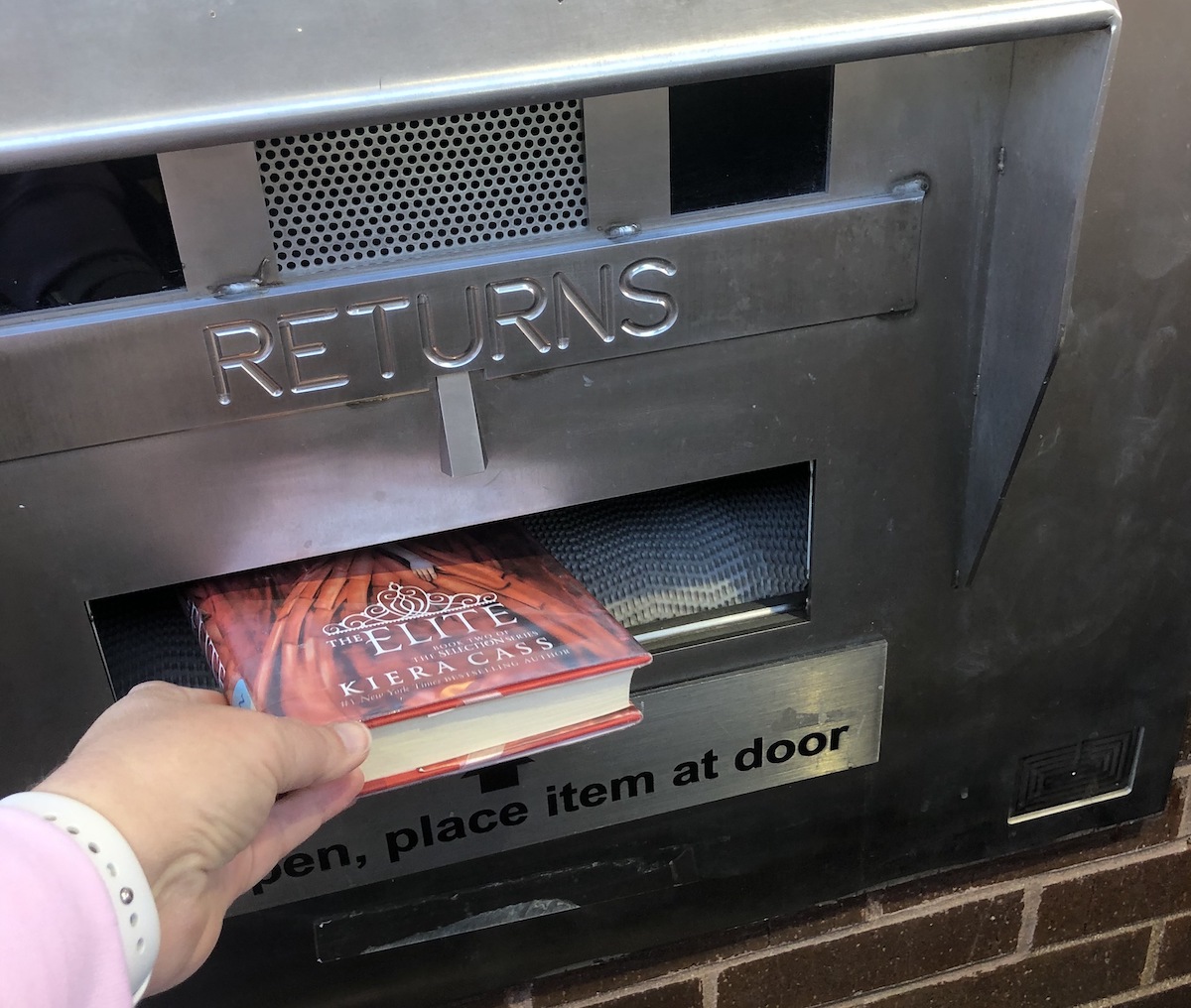 What patrons didn’t expect was that in the process of fixing the conveyor system, the sing-songy male voice that welcomed patrons to the library book drop would disappear.

The new, female voice delivers the same message about putting the books in one at a time — but just doesn’t do it with the same panache as the original.

We turned to the Champaign Public Library team to get answers about the book drop voice. (It turns out we weren’t the only curious community members to ask about the voice; the library has heard from quite a few, they told us.)

Al-Shabibi also answered our most basic question: What happened to the voice?

“We finally let that poor guy go home! LOL. The employee that recorded the original voice is no longer with the vendor, so they had someone else record the message,” Al-Shabibi told us.

As one friend put it: “OMG I feel as though I didn’t get a chance to say goodbye to the old one. He was so nice.”

One friend even dug up this video of the old voice, apologizing for the service being unavailable.

In 2020, Champaign Public Library patrons used the library book drop perhaps more than ever. Due to Covid-19 limitations, in many ways the library book drop — and its friendly talking recording — was one of the ways people still stayed connected to this place that is truly one of the community’s foundational institutions, and its wonderful people and resources.

For some reason, it was a relief when the library began accepting returns again in early June. Perhaps it was a dose of “normalcy” returning after a period where certainly nothing was normal at all.

(Of course the librarians have been available via phone and through digital means for months, regardless of the building’s status.)

Library staff have been a bit surprised — and tickled — by all the interest in the book drop voice “controversy.” And they had some interesting news for all book drop fans: the library has the ability to re-record the message, with some ease.

So don’t be surprised if the book drop voice changes again.

It could a celebrity. It could be a pirate (as hinted on Instagram). Or it could be one of the rock star Champaign Public Library librarians – perhaps the most likely scenario.

“It’s on our list to re-record with a staff member’s voice,” Al-Shabibi said.