Feb. 1, 2019 UPDATE: As Chambanamoms first reported in May, the Starbucks headed to the northeast corner of Mattis and Springfield is making inroads. A new sign on the corner — COMING SOON — heralds the presence of the popular coffee chain’s ninth location in Champaign-Urbana.

The Dunkin’ Donuts in the former Za’s space is now open, as well. 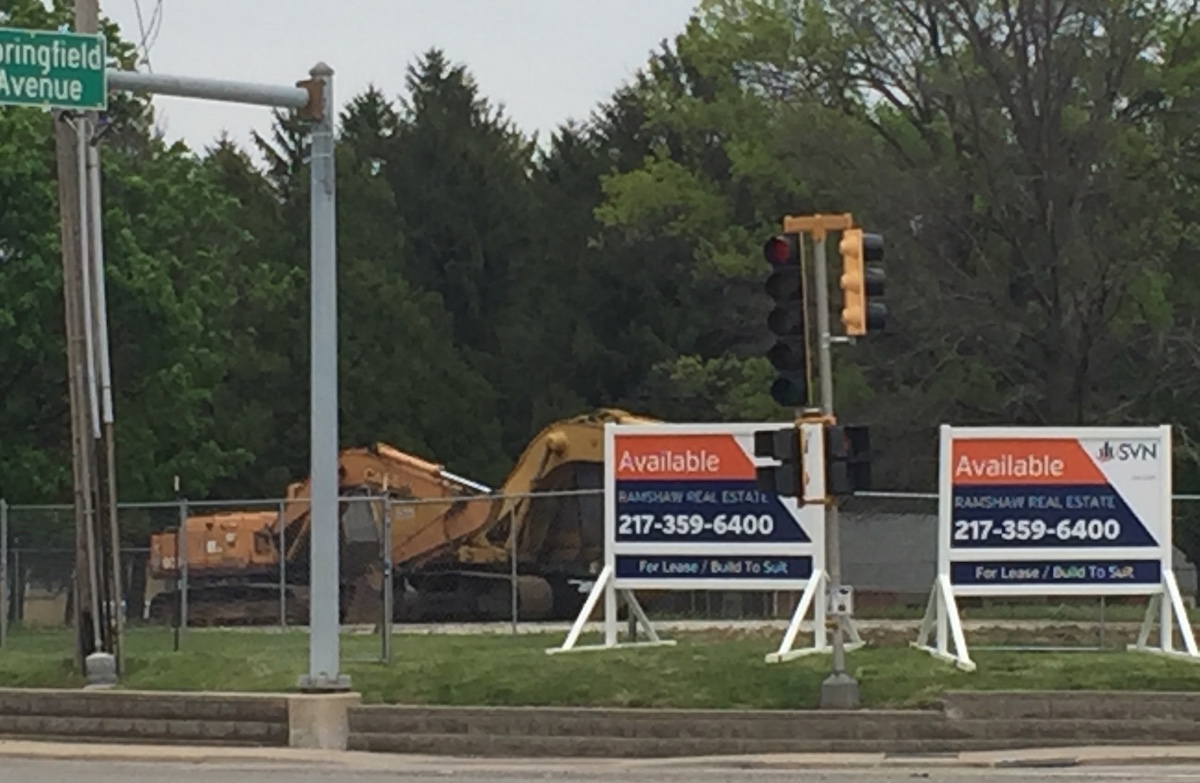 From May 11: Champaign-Urbana Starbucks lovers will soon have another option to satisfy their coffee cravings.

A new retail development at the northeast corner of Mattis and Springfield will be anchored by the green mermaid. The complex will have a modern feel with outdoor gathering spaces, according to representatives of Ramshaw Real Estate, the property’s owner.

Jay Ramshaw, Commercial & Residential Realtor for Ramshaw Real Estate, said more information on the new Starbucks and the entire development would be available “next week.”

There are currently eight Starbucks located in Champaign-Urbana, with four stores on the University of Illinois campus footprint. The three in Champaign outside of the campus area are situated in major retail corridors, with two on North Prospect (including the latest addition at Target) and the other inside the relatively new Carriage Center development on South Neil.

The proposed new Springfield Avenue store will be the first one west of Prospect Avenue, but geographically represents the center of the city of Champaign.

This is the second new chain coffee vendor announcement for the West Springfield area. Earlier this week, chambanamoms.com reported that Dunkin Donuts would be going into the former Za’s building at 2006 W. Springfield. There is also a Biggby Coffee at 401 S. Mattis in the Round Barn Center, but it does not have a drive-thru.

Until earlier this year, the northeast corner of Mattis and Springfield was occupied by three private residences and a church. The last of the private residences there was demolished in early April. You can see pictures and videos of the demolition project on the Ramshaw Real Estate Facebook page.

According to Wikipedia, Starbucks is the third-largest fast food restaurant chain by number of locations in the world (25,085).