The University of Illinois commencement is always a hot commodity, but tickets might be flaming hot this year after the announcement of comedian and alumnus Nick Offerman as the speaker. 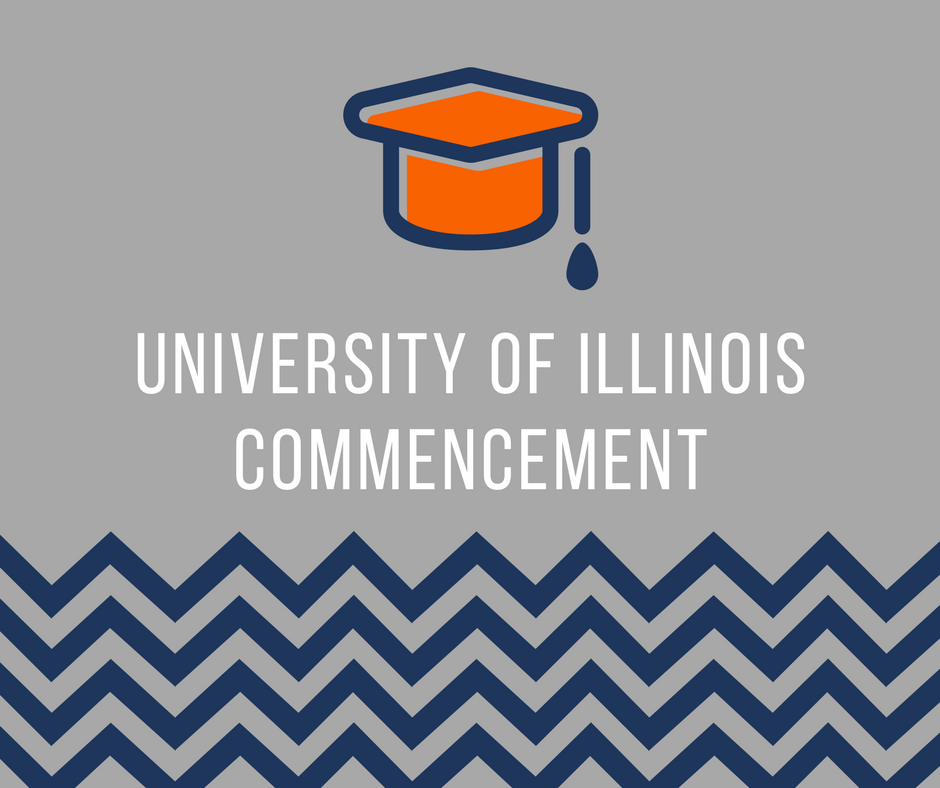 The video announcement came on Tuesday afternoon, ending weeks of speculation as to who would be the “headliner” for this year’s commencement, a special event within the University of Illinois at Urbana-Champaign’s 150th birthday celebration. Offerman will speak during the Campuswide Commencement ceremony held at Memorial Stadium on Saturday, May 13.

In it, he promises his speech will address a quintessential mystery that befuddles students and residents alike: the use of Urbana-Champaign versus Champaign-Urbana. Watch:

Offerman has a history of being supportive to the University of Illinois. He was in Champaign-Urbana (or is Urbana-Champaign?) just weeks ago to support a Japan House fundraiser. When the info was posted, the positive reaction was warm – and swift.

However, some students may be disappointed in Offerman’s selection, as many had supported an unsuccessful campaign to bring President Obama to campus. The “Invite Obama to Illinois 2017 Commencement” campaign included a much-watched video, a Twitter hashtag, a petition and drew a lot of media attention.

All graduates, from undergraduates to doctoral candidates, are invited to participate. As participants, candidates and graduates do not need an admission ticket, and are eligible to claim free guest tickets (distribution varies by college).

Campuswide Commencement ceremony guests, except infants being held, must present an admission ticket. Don’t despair, diehard fans; you may be able to get tickets. If available, additional free tickets will be distributed on a first-come, first-served basis on May 13 at the white ticket booth on Kirby Avenue outside the State Farm Center from 8:00 to 9:30 a.m.