Chambanamoms.com is the top online resource for families in the Champaign-Urbana area.
Learn More | Advertise
You are here: Home / Business / United Airlines to Start Champaign-Urbana Service 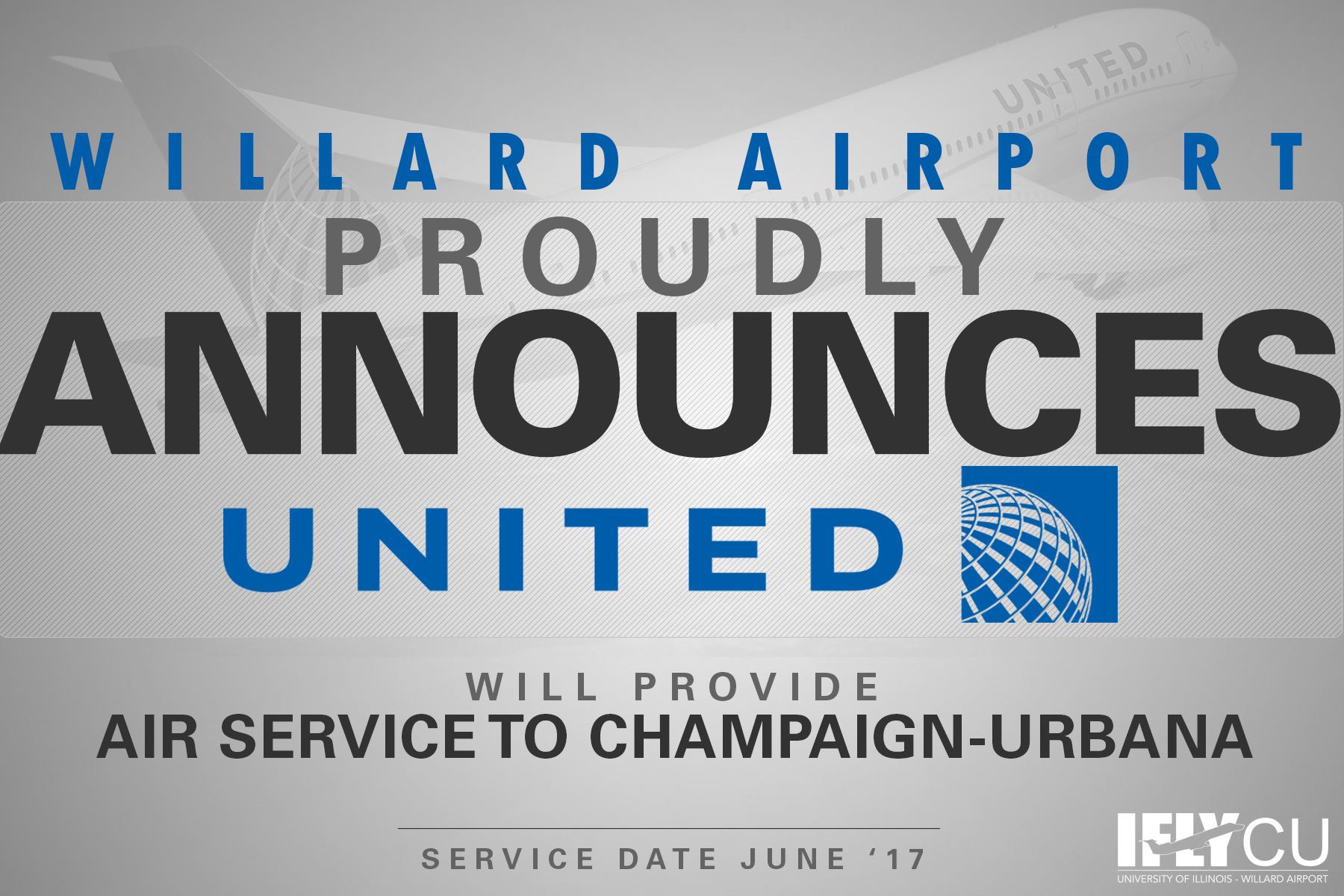 Three new flights in and out of Champaign-Urbana’s Willard Airport will be added, all to Chicago O’Hare Airport. Passengers already can start booking United Airlines service. Tickets can be purchased at www.united.com.

United Airlines would be a new airline for Willard, which has operated exclusively with American Airlines since Sun Country left in 2014. United is the first major airline to join Willard since Delta Airlines, which stopped service in 2010.

Gene Cossey, Executive Director of Willard Airport notes that increased air service is a testament to the community’s support of Willard and the airport’s continued commitment to serve the region. Willard has worked to provide additional options for passenger convenience as United Airlines does not currently serve any other airport in the region.
“We are very excited to be welcoming United Airlines as a part of the Fly Champaign-Urbana family.  The new service will enhance the already convenient travel from Champaign-Urbana, provide easy access to destinations all over the world, and give more opportunities for economic growth in Champaign County.  So many people have worked very hard to help Willard Airport grow and this provides just one more reason to choose your hometown airport first.”
United Airlines is currently the largest airline in the world in terms of cities served, with flights to 360 cities on five continents. United Airlines largest domestic hub, O’Hare provides direct service to 208 destinations, including 153 domestic destinations and 55 international destinations.
“United’s new service between Champaign-Urbana and Chicago O’Hare International Airport offers United customers a much wider array of domestic and international travel options,” said Eric Schmauch, United’s director of Regional Sales. “With hundreds of available connections at our Chicago hub, we are confident that our customers in Champaign will benefit greatly from this flight.”

Willard Airport has been upgrading its customer service. A few weeks ago, Einstein Brothers Bagels opened a satellite operation behind security to serve passengers.The schedule for the new flights between Champaign-Urbana and Chicago (all times local) is as follows: