Mother’s & More, which has been in operation since 2000 locally, is now known as Mothers’ Center of Champaign County. The transition will offer new resources.
Chambanamoms.com is the top online resource for families in the Champaign-Urbana area.
Learn More | Advertise 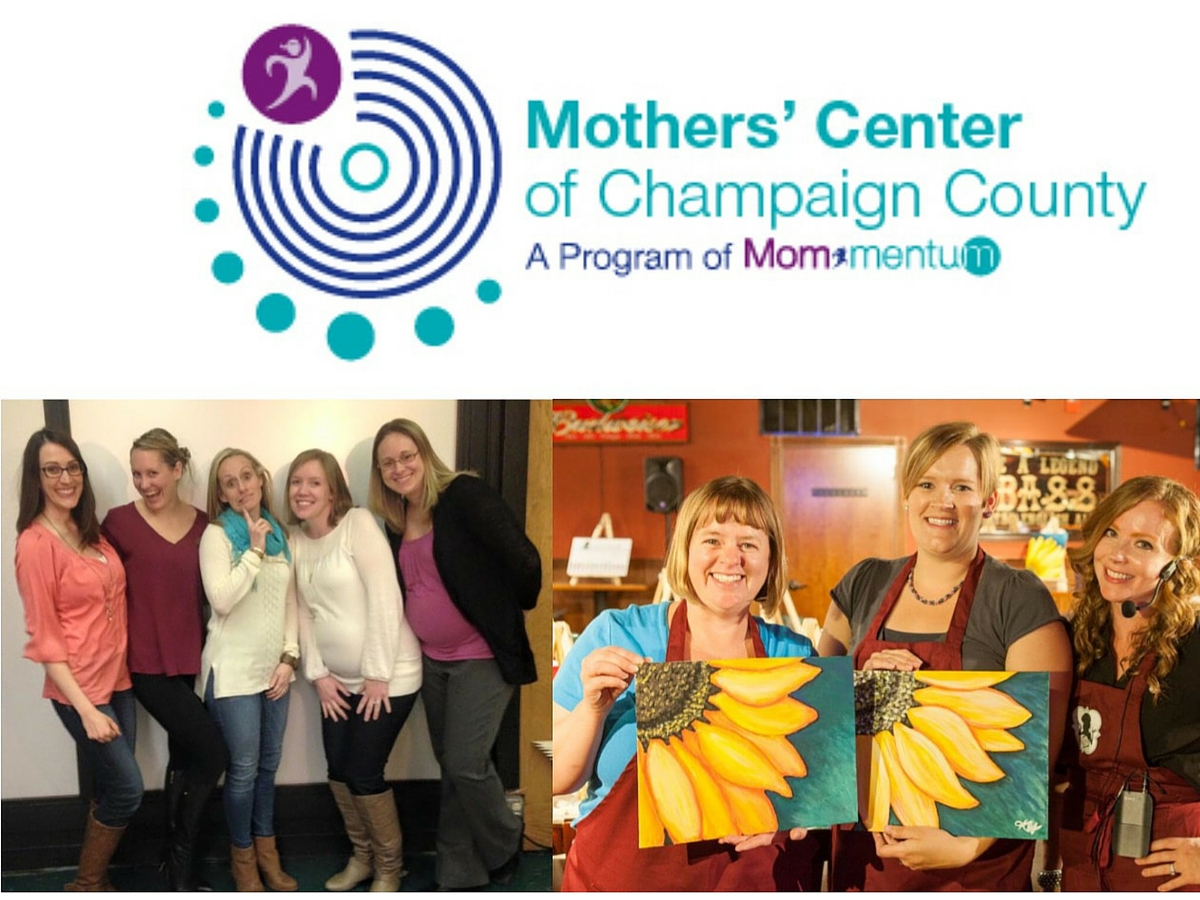 When Meghan Kirkpatrick moved to the Champaign-Urbana area two years ago, she was just two months away from giving birth to her first child.

As a new resident to the area, without any family or friends nearby, it was just Kirkpatrick and her husband at the hospital celebrating the birth of their daughter.

Kirkpatrick credits a local mom’s group for helping her find a core group of women she can count on.

“We went from no friends to now I feel like if I need help I have people I can call on,” Kirkpatrick said.

The Champaign mom’s group Kirkpatrick has grown to depend on over the last two years is now changing its name and national affiliation.

As of April 1, Mother’s & More, which has been in operation since 2000 locally, is now known as Mothers’ Center of Champaign County.

Despite the name change and transition, the mission of the group is still largely the same- to help mothers unite, share their experiences, and support one another on their journey through motherhood.

In addition, members of the new Mothers’ Center of Champaign County will also gain some new resources not offered previously under the Mother’s & More umbrella.

Mothers’ Center of Champaign County is a local chapter of Mom-mentum, which is a national non-profit organization that provides its members with leadership, education and advocacy to help support mothers today.

Kirkpatrick, who is a co-leader of the mom’s group, said they started researching their options to join a different national organization after learning earlier this year that the national chapter of Mother’s & More was dissolving due to shrinking membership and financial insolvency.

Erin Ewoldt, who is membership coordinator, said they chose Mom-mentum for several reasons.

“We looked at quite a few different national organizations of mom’s groups and we really liked the culture that this one provided,” Ewoldt said.

But members will now be able to access some additional resources in regards to personal and professional development including peer and group support, training through seminars and workshops, and public policy advocacy.

“Our local offerings are going to be the same but expands resources for members,” Kirkpatrick said.

In addition, membership dues are half-off this year, with members paying only $20. Starting in 2017, all members will pay $40 annually.

Both Kirkpatrick and Ewoldt agree the mom’s group, which has provided an “instant village” and connection between other mothers, has been invaluable to them.

“This has been my support structure,” Ewoldt said.

Local moms can connect with Mothers’ Center of Champaign County by emailing the membership coordinator at motherscenterchampaign@gmail.com.