And we’re done. Congratulations to all of tonight’s winners. Tonight showed us that people are civically engaged and care about our community, no matter how they cast their vote. 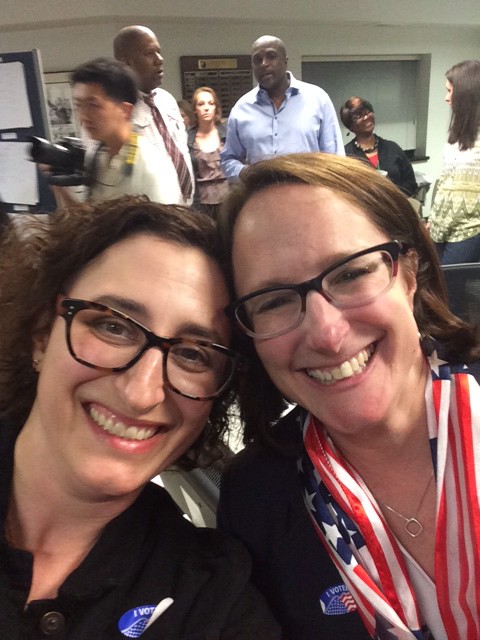 9:50
The new Champaign Unit 4 Board of Education members will be sworn in – tentatively – at a special meeting on Monday, May 4th. Champaign’s new city council members and mayor will be seated in early May.

9:37
One of the biggest differences in the mayoral race in 2015 versus 2011: the sheer number of voters. Champaign County Clerk Gordy Hulten said voter turnout in Champaign was the largest “in years”. In this election, 12,122 votes were cast; Mayor-elect Feinen received 4,967 votes.

Deborah Frank Feinen just walked into Brookens Center to a lengthy ovation from her supporters. “I am blessed. I have an amazing family and amazing friends.”

“We have shown that trying to change this election into a partisan match doesn’t work.”

The Brookens Center is filling up and anticipation is building. No sign of the Champaign mayoral candidates.

Bonnett:Champaign Unit 4 Board of Education president Laurie Bonnett took some time to talk to us, expressing disappointment about the referendum vote – and her excitement/apprehension in building a whole new board. The board may have as many as five new members, including the four-year seat winners and Jonathan Westfield slated to take the 2-year seat who ran unopposed.

“We’ve been talking about this for eight years,” she said, smiling, referring to the new high school that’s on the table.

9:07
Champaign Unit 4 Board of Education president Laurie Bonnett is here, doing media interviews regarding what appears to be a failed referendum. A gaggle of Deborah Frank Feinen supporters have walked in. You can spot them easily by their blue t-shirts. 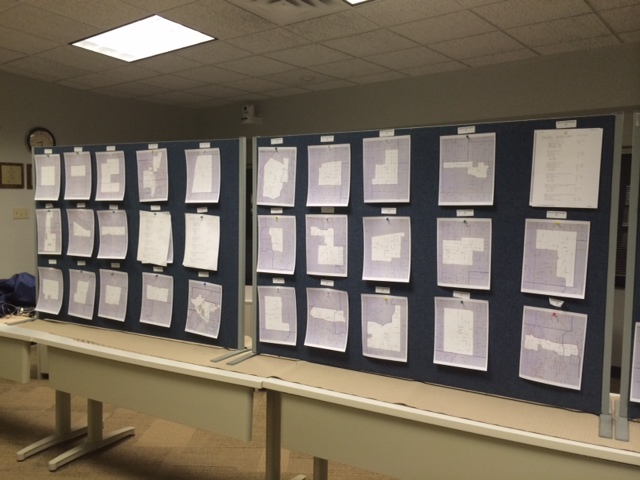 It’s not looking good for the Champaign Unit 4 Schools Building Bonds question on the ballot, otherwise known as the referendum on the new high school. With 29 of 53 precincts reporting, the bond issue is failing by landslide, 70-30 percent (6,899 votes against and 2,878 for).

Champaign Unit 4 Board of Education
(29 of 53 precincts reporting)

I’m out at the Brookens Center in Urbana, reporting about the 2015 municipal elections.

In addition to media members – local TV, radio, and newspapers – the candidates and their supporters are trickling into the building. Some candidates have chosen to watch the results from other locations. We’ll be reporting as results come out, keep refreshing your browser.