Chambanamoms.com is the top online resource for families in the Champaign-Urbana area.
Learn More | Advertise
You are here: Home / Fall Activities / 10+ Places to See Fall Colors in Champaign-Urbana (and a Fall Foliage Trail Map)

Heads up, Leaf Peepers: Where to Find Fall Foliage in Champaign-Urbana and Beyond

Pumpkins, apples, and corn mazes abound. Halloween events are getting underway, and summer is a fading memory for most of us. It’s time to get our autumn-colored glasses on and enjoy the crisp weather and fall foliage in Champaign-Urbana and across East Central Illinois.

Have you ever heard of leaf peepers, or leaf peeping? Leaf peeping is a fun term to describe traveling to view and photograph the fall foliage in areas where leaves change colors in autumn.

This is particularly popular in New England – but also in the Midwest (we hear Starved Rock and Matthiessen Park are popular Midwest leaf peeping destinations). And the good news is that you don’t have to go far to do some leaf peeping for yourself. 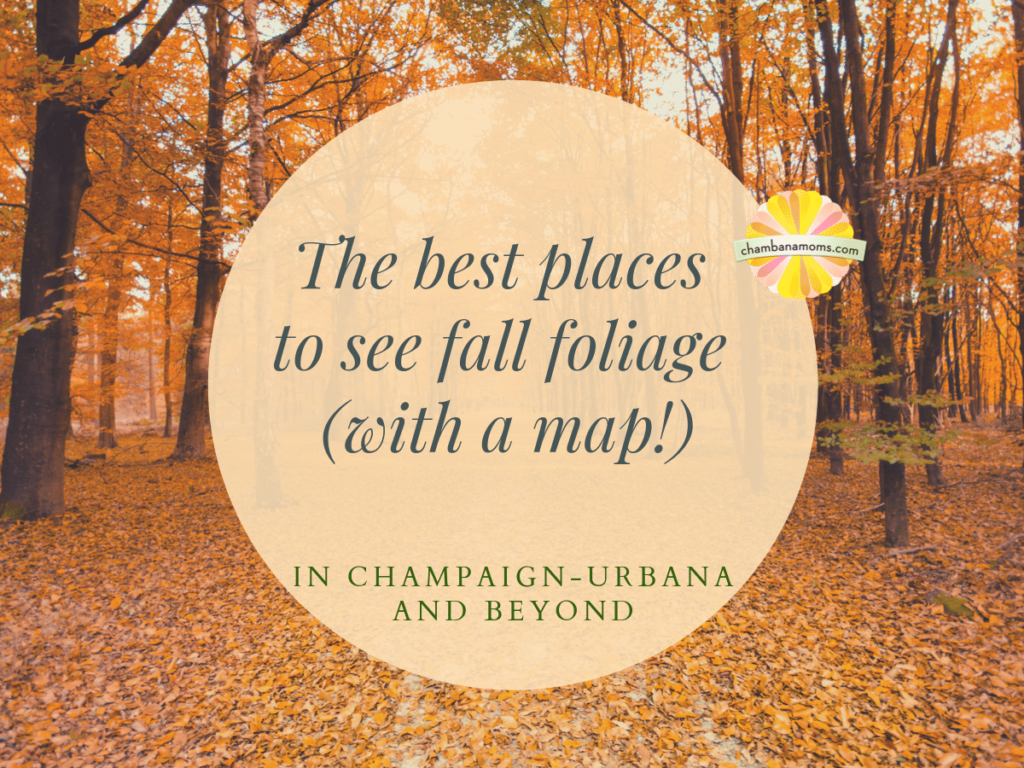 According to the Fall Foliage map (this is such a nifty tool!), Champaign-Urbana won’t hit maximum color until late into October. And no, you’re not imagining that this is happening later and later into the season; blame climate change.

While we’re not the rolling hills of Vermont, the Champaign-Urbana area boasts several sites to see the beauty of nature’s changing palette. Here’s a look at our favorites.

Fall Foliage Trail Map for Champaign-Urbana and Beyond