You are here: Home / Blog / Mom Movie Review: The Secret Life of Pets 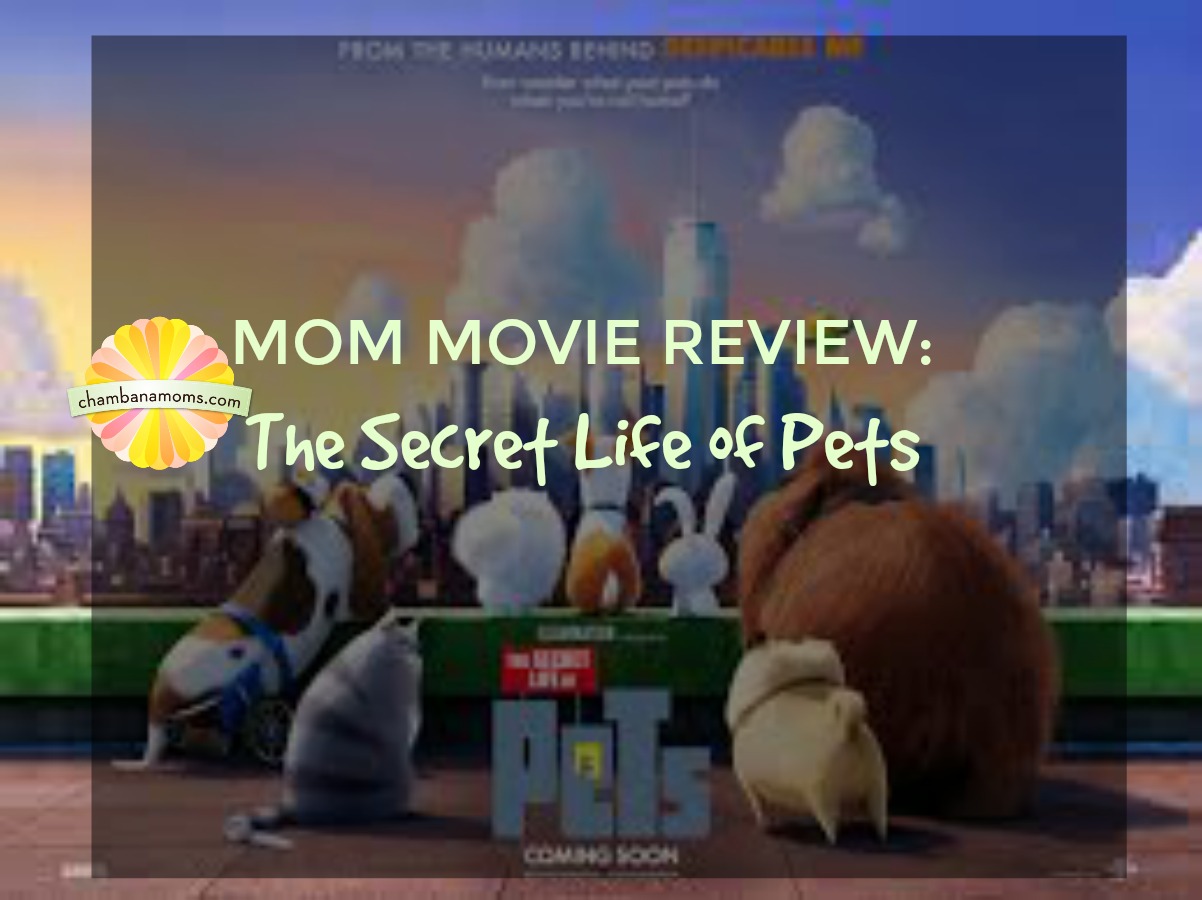 If you’ve seen the trailer for the new animated movie The Secret Life of Pets, you’ve already seen the first few minutes of the film.

And these, in my mom opinion, are the funniest moments.

I took my boys to see The Secret Life of Pets last weekend. They’ve been looking forward to this film since they first heard of it last summer when we watched Minions on the big screen.

First things first: It’s not as charming as it seems.

What could go wrong with this film, you ask? It looks engaging for kids and adults. It’s about pets, which kids love. It’s implied that the humor has a slight edge to it — not straying over into inappropriate, therefore making the movie unsuitable for kids — but just funny enough to keep adults engaged.

This is where the movie misses the mark as a film for kids.

Like most animated movies today, the film is visually stunning. Without giving away too much of the plot, there are very clever fight scenes “filmed” from a perspective I’ve never seen before. You feel like you are part of the action, which is pretty cool, but also a little disconcerting depending on the age of the kiddos you are accompanying to the film.

My teen pointed out the the movie studio was playing around with animating animal fur (much like the beautiful animation in the movie Zootopia) and the studio took a gamble with the film. I’ll trust my teen and the time he spends on the InterWebz that this is true. There are moments where you think to yourself, “Wait … this is animated. Noted” — because it is that lovely to look at.

Unfortunately, the plot doesn’t keep up with the visuals.

The movie follows the story of Pets that are happy, then struggle, struggle some more, make some bad choices, learn from their choices, and move on. Well, that’s my takeaway.

There is a reference to animals partying (pretty much all pets do while humans are away) and also filming each other partying. And posting humiliating videos of each other partying online which then become viral. Viral videos that everyone loves even though they are posted without the permission of the video subject.

Right. Just what I want my kids to see as I’m treading the social media waters with my Digital Natives.

But my biggest issue with this film? Other than the strange stereotypes?

The pets talk A LOT about killing humans and each other.

Yep. The animals talk about killing humans. And this is a main plot point in the movie: Killing. Humans. The movie focuses a lot on mischief and violence, but didn’t really address it as such. This was not Suicide Squad. This was the kid’s movie “The Secret Life of Pets.”

The animals are violent. There is peril. There is a scene where all your childhood “animals in the sewer” nightmares come true. It involves a viper. Enough said.

The animals are put in situations where you think they might die. An animals does die. It isn’t funny, or charming, but very disturbing. And also very sad.

And there is a human death. Not at the hands of the pets, but still. It’s very sad if you are old enough to realize what has happened. This is just glossed over, as if the movie was running out of time and someone said, “Quick, let’s make the animals fight again!”

There is trash talk in the movie, and it feels like bullying. “Dummy” is the insult du jour in this film. And bullying looks like it’s not only tolerated, but respected. Being different is at once unifying, but also singled out. In this film, it’s OK to be different, just not too different. The pets are stereotyped a lot as teens in this film.

I’m not sure what message this film was trying to send. Whatever message was planned, this film misses the mark. My kids left the theater talking about how the pets were put in peril, practicing their own pets-inspired fighting scenes, and talking about all the ways the pets could kill their owners. I left the theatre feeling like I needed to talk through the last 90 minutes of our day, which boys do not love to do. I also left feeling like I was convinced there really were vipers lurking in all the toilets.

Maybe I was just on high parenting alert, trying to explain to my boys that violence is never the answer. That bullies should be stopped. That we are all equal and our differences make us awesome. Maybe this movie is a beautiful harmless 90 minutes of fun. If you decide to go, I’ll let you be the judge.

The Secret Life of Pets is rated PG and is 1 hour 30 minutes long.

Common Sense Media, my touchstone for all things media and kids, recommends the Secret Life of Pets for kids ages 6 and over. They also cite the danger and peril, but they liked the movie a lot more than I did.

Kimberly is the mother to four boys and works for Chambanamoms. She helps put The Beyond in the Champaign-Urbana and Beyond. She’s seen a few movies in her day.