Chambanamoms.com is the top online resource for families in the Champaign-Urbana area.
Learn More | Advertise
You are here: Home / Blog / Mom to Mom: Don’t Suffer in Silence

About two weeks after giving birth to my son Samuel, I left the house to pick up some groceries at the local store.  As I walked through the sliding double doors, I was met by my neighbor.  This was the first time she had seen me since giving birth, so naturally she asked how I was doing.  I meekly replied, “Okay.”  I was hoping that was the end of our exchange, when she smiled and said, “Don’t you just absolutely love being a mother!”

What should have been a question, sounded more like an emphatic declaration of certainty.  In the brief seconds that followed, I thought I can tell this woman what she would like to hear, what she expects to hear, or I can be honest.  I looked up and replied, “No, I don’t love being a mom, but I am sure that I will some day.”

I didn’t feel an immediate bond with my son or an instant feeling of being in love; in fact, after 21 hours of labor, all I felt was utter exhaustion.  My first 36 hours in the hospital yielded little sleep and a barrage of doctors, nurses and conflicting information.  By my second evening in the hospital, I began having thoughts of suicide, horrific, obsessive images of my newborn being injured or killed (often by my hand), and a silent wish that someone would enter my hospital room and kidnap my son.

All I really kept thinking was, “What have I done?” and “Why did I ruin the great life I had?”  I felt so ashamed.  After trying to get pregnant for a year, here I was a new mom, with a healthy beautiful boy and all I kept thinking was, “Why did I have this baby?”.  I told one of the nurses that I was feeling depressed, and she kindly reassured me it was just the baby blues which was entirely normal.  Hours later, when the hopeless feelings became overwhelming, I woke my husband and confessed to him and the nurse that I was feeling suicidal.  The nurse contacted social services which made me panic even more.

While I didn’t want my son, I was also obsessed with the feeling that I had to keep him and be there for him, because that’s what mothers are supposed to do and because if I didn’t, my husband and family would never forgive me.  The next day I was evaluated and interviewed, and it was determined that I had severe postpartum depression (PPD).

Minutes turned into hours, hours into days and eventually days into weeks.  By the first month post delivery, I had been 30 days into Zoloft, logged roughly a dozen hours with my therapist and had spent most evenings in tears, but I was creeping towards normal–whatever that means.

Samuel turns two in November; he is happy and healthy, and our second is due in April.  I know that postpartum depression will likely accompany my second delivery, and I know that I will be more prepared to handle it.

It’s important for all mothers, new and old, to be honest with themselves and with each other about the emotional and physical difficulties that frequently accompany being a parent.  It is also time for mothers, fathers, parents, siblings, friends and health care providers to have open conversations about what postpartum depression looks like, how it can be treated, and how to identify those likely at risk for PPD.

I was lucky that I had an amazing network of doctors, family and friends to help me through this incredibly difficult time; however, for many moms, that is not the case.  Through my own education about PPD, I quickly came to realize two truths: postpartum depression is more common than one thinks, and it is rarely discussed.  Like many mental health disorders, it is suffered in silence.

Today, if I were faced with that same question posed to me two years ago: “Do you love being a mom?”, I would likely respond with the following, “I love it, but there are moments when I am not sure if I like it.”  And that’s okay, because motherhood isn’t always sunshine and puppies; it is difficult and messy and scary and uncertain.  It also just happens to be the most rewarding job in the world.

The following are some helpful links to dealing with PPD and postpartum psychosis (a rarer and more severe form of PPD). 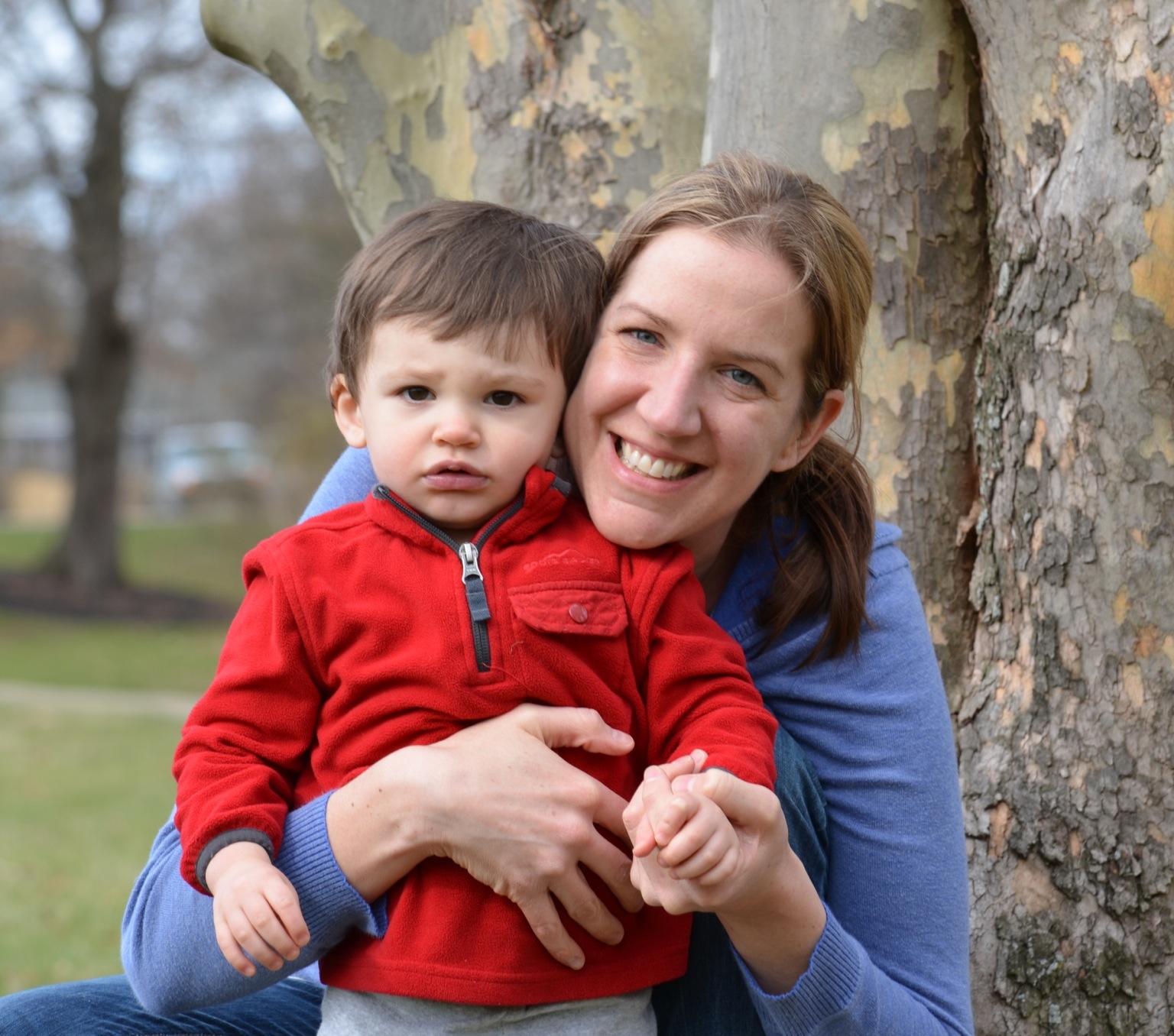 Rebecca Arpin recently moved to Champaign from Cincinnati.  Originally from Milwaukee, Wisconsin, she loves The Wisconsin Badgers, her son Samuel, her husband David and cooking (not necessarily in that order).